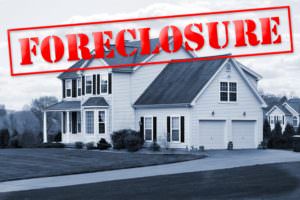 HOAs foreclosing on hundreds of Phoenix-area homeowners for as little as $1,200

HOAs are foreclosing on a record number of homeowners for as little as $1,200 in missed maintenance payments, according to an Arizona Republic investigation. And homeowners who thought only their mortgage lender could seize property are losing their houses at sheriff’s auctions, sometimes for just $100 more than they owe.

Arizona allows an HOA to foreclose after a year of missed payments or a debt of $1,200. But when HOAs add legal fees and interest to late payments, the debt can more than quadruple in a year.

Some homeowners fighting desperately to keep their homes find HOA balances often don’t match amounts listed in court filings, making it difficult to learn how much they really owe — and impossible to catch up.

“It’s an attorney… selling a house in order to pay himself,” he said.

Most states allow HOAs to foreclose on homeowners who fall behind on monthly dues, though lenders usually have first claim. In Florida, HOAs foreclose as often as lenders. In Nevada, Colorado and more than a dozen other states, HOA claims can supersede those of lenders.

“Let’s say you have a roof that needs pressure washing,” Bergemann said. “They can say if you don’t do it in 30 days we will fine you $1,000. If you don’t pay the fine, the association can foreclose. It’s one of the big scams of the association.”

In metro Phoenix, HOA foreclosures jumped in 2015 as home values rebounded from the recession.

Affordable neighborhoods in south Phoenix and the West Valley have been the hardest hit, though HOAs also are foreclosing in affluent communities such as the Scottsdale Pinnacle condos, Sun City Grand and Provinces in Gilbert.

Homeowners in various stages are fighting back through the courts. Some challenges succeed; others forfeit years of equity to the stroke of an auctioneer’s gavel.

Cynthia Levine, 65, is facing foreclosure on a Maricopa home that she bought in 2006. She owes at least $24,000 in back payments, interest and legal fees to the Cobblestone Farms HOA.

Levine declared bankruptcy days before her home was to be auctioned off. In Arizona, a bankruptcy filing can usually stop collection efforts by HOAs and lawyers until a judge approves a reorganization plan.

Hugo Romero, 40, also sought bankruptcy protection after he was threatened with foreclosure on the Queen Creek home he bought in 2007. He fell behind on his fees to Johnson Ranch HOA four years ago after losing a job and opting to pay his mortgage and feed his family first.

He owes $15,001: $7,600 for missed HOA maintenance payments and the remainder for legal fees, fines and interest payments.

Marie De Sanna, 56, successfully challenged the legal fees the Terraces at Tiburon Condominium Association tacked on to assessments for the Chandler condominium she has owned for 30 years, and now shares with her 90-year-old mom.

After garnishing her wages in 2015 and taking a $6,000 lump payment in 2016, the HOA filed to foreclose early this year. De Sanna fought back in court, and a judge reduced the legal fees by two-thirds. Her HOA stopped foreclosure proceedings.

Martha McNair, 64, lost her Gilbert home in 2014 after falling behind on payments to Neely Commons Community Associations. She paid back more than $5,000 before the HOA’s attorneys sent her house to a sheriff’s foreclosure auction.

She said the HOA’s law firm would not give her a final balance so she could settle up; her lawyer is challenging the debt-collection practices in federal court.

During the recession, many Valley homeowners owed more to their lenders than their houses were worth. Because of the negative equity, investors had no incentive to buy foreclosed properties, and the HOAs let the debts ride.

As home prices rebounded, investors came back to sheriff’s auctions and HOAs began to use foreclosure to collect debts more aggressively.

Since 2015, HOAs have started foreclosure actions on more than 3,000 Phoenix-area homeowners, according to The Republic’s investigation. In 2016, a record 330 people lost their homes to HOA foreclosures in Maricopa County. This year, HOA foreclosures are on pace to match the record.

During the height of the Valley’s housing crash in 2010, HOAs foreclosed on 63 homeowners. In 2002, a stable housing year before the boom and bust, there were 58 HOA foreclosures.

“We don’t want their houses. About 90 percent of our homeowners pay when we file to foreclose.”

Brian Lincks, president of City Property Management Co. of Phoenix, which manages HOAs for 20 of the 50 Maricopa County communities with the most foreclosure filings

By comparison, Valley foreclosures by lenders fell to about 3,100 in 2016, the lowest level in a decade. In the midst of the housing crash, they topped 41,000 annually.

City Property Management Co. of Phoenix manages HOAs for 20 of the 50 Maricopa County communities with the most foreclosure filings, including the two leaders since 2015: Riata West (36) and Camelback Ranch (26).

Lincks said the company prefers to work out a repayment schedule with homeowners. He criticized the legal maneuvers some community managers and law firms use by layering on fees and interest as the debt goes unpaid.

“To me these are like payday loans, and (the attorneys) ought to be put out of business,” Lincks said.

“You get a letter from an attorney,” he said. “The attorney writing the letter charges $500. Now you owe the maintenance fee, the late fees, the attorneys fees. The attorney drags you along and your bill is up to $2,000. In the end, people can’t pay because they don’t have the money and they foreclose on the house.”