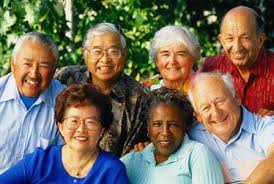 There is only one constant in life–change.  Things will always change…sorry get used to it.  In terms of population statistics (yawn) baby boomers have been a major part of our population. Until recently.

The Valley – at least Maricopa County – has seen its baby boomer numbers drop since the recession.

Baby boomers who are retiring – or semi-retiring – are wanting to land in more affordable and often less expensive places. That is resulting in places such as Prescott (Yavapai County) seeing a 33 (yikes) percent gain in boomers from 2007 to 2013, according to RealtyTrac.

Pinal County, south of Phoenix and home to a number of a new “active adult” communities saw a 24 (yikes) percent increase.

Phil Petersen, president of Phoenix-based Brookfield Properties, is seeing an upswing in demand for homes in Mohave County and Sedona. A lot of that is coming from California – including some foreign investors, he said.

Then lets look at the other end of the spectrum…..

While Phoenix isn’t a landing spot for millennials, the region’s 20-something population grew by 5.1 (not bad) percent from 2007 to 2013, according RealtyTrac.

That is part of what is driving new apartment developments in younger-oriented submarkets such as Tempe, Scottsdale and central Phoenix.

So are things changing in the Phoenix area?  Is the population shifting? Lets watch and see.