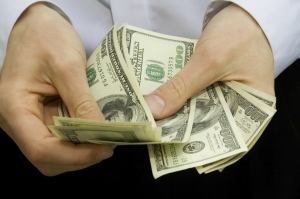 Could Looser Lending Standards Boost the Phoenix-area Housing Market?  Yes it could.   Do we want to have the standards too loose and have another crash?  Of course not.  But we do want more buyers.  More buyers leads to more sales that leads to more sellers that can lead to prices to rising. Then people spend money on appliances, paint, carpet, trees.  That is all good for the economy.  But if looser lending standards allow my cat to buy  house there will be problems ( she is so unreliable).  So we need a balance.  How do you achieve a balance in our lending standards.  That is the hard question.

TEMPE, Ariz. (Oct. 23, 2014) — Will banks start to drop their standards and let people with slightly lower credit scores and much lower down payments buy homes? That’s the big question, after the Federal Deposit Insurance Corporation (FDIC) and other agencies voted to approve new, looser lending rules this week. A well-known expert from the W. P. Carey School of Business at Arizona State University says if the change happens, and the adjustments are reasonable, then it could be good for the Phoenix-area housing market, stimulating growth.

Here are the highlights of the school’s monthly housing-market report on Maricopa and Pinal counties, as of August:

After the housing crash, the Phoenix area had a fast boost in home prices from September 2011 to last summer. This year, prices leveled off and then rose somewhat. The median single-family-home price went up 11 percent – from $192,000 to $213,500 — from last August to this August. The average price per square foot jumped 7 percent. The median townhouse/condominium price went up 10 percent. However, the report’s author explains the median gains are not reflective of higher home values across the board.

“The median went up largely just because we saw a big drop in sales clustered at the low end of the market,” explains Mike Orr, director of the Center for Real Estate Theory and Practice at the W. P. Carey School of Business. “The average price per square foot actually dropped last month. I expect prices to move sideways to slightly down over the next few months until supply and demand get back into balance.”

Both supply and demand are relatively low in the Phoenix-area housing market right now. Single-family-home sales activity dropped 15 percent from last August to this August. Investor interest, in particular, has dramatically fallen over the last year. The percentage of homes bought by investors in August was 14.4 percent, way down from the peak of 39.7 percent in July 2012. There aren’t a lot of cheap “distressed” homes to buy, with completed Phoenix-area foreclosures down 43 percent from last August to this August.

“Better bargains for investors can be found in other parts of the country,” says Orr. “Over the last three months, the percentages of homes bought by investors have been lower than we have seen for many years, confirming investors are no longer driving the market the way they did between early 2009 and mid-2013.”

Rental homes remain popular for those who don’t want to buy a house or who can’t qualify for a home loan. Fast turnover and low vacancy rates have already pushed rents up 5.8 percent over the last year in the Phoenix area.

Meantime, we’re seeing a lot of speculation about whether banks will lower their standards and start letting people with good – but not great – credit scores qualify for home loans. Also, conventional loan down payments could be dropped from 10 percent to as little as 3 percent. The chairman of the Federal Housing Finance Agency spoke in Las Vegas this week and indicated that Fannie Mae and Freddie Mac would likely still purchase and retain those loans, if the banks make them.

“Right now, funds are flowing only to a small proportion of potential buyers, who have excellent credit, which is contributing to weaker-than-normal demand for homes to purchase,” explains Orr. “Lenders are reluctant to take any unusual risks in an environment when Fannie Mae and Freddie Mac might take negative, profit-damaging action against the banks on loans sold to them. It appears it will take a major move by Fannie and Freddie to limit those risks before mortgage availability can get back to a normal level and support the next stage in the housing recovery.”