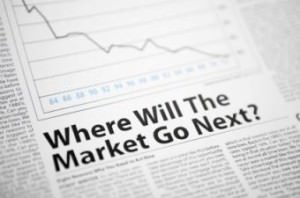 The U.S. housing market cooled off in September, as home prices rose at an ever slowing pace.  This is about national real estate market trends.  Local housing market will vary.  But there is some very interesting housing market insight here.  To me some of the most interesting point are that a continued slow down is predicted.  Also the information on household formation is way down.   The individuals living in a doubled-up household(with parents or roommates)  have median incomes of $29,000, less than half of what a median first-time home buyer earns.

Prices increased 5.6 percent in September compared to a year ago, real estate data provider CoreLogic said Tuesday. That’s down from annual gains of 6.4 percent in August and 6.8 percent in July.

Home prices had been climbing by as much as 12 percent annually toward the end of last year. But the acceleration out of the housing crash that triggered the Great Recession has become unsustainable. Wages have barely budged after inflation and lending standards remain relatively strict. This makes it difficult for families to pay the higher home prices.

CoreLogic forecasts that the slowdown will continue, with annual home price growth slipping below 5 percent by September 2015. This should help bolster home sales for first-time buyers with adequate incomes and down payment savings, yet there are few signs that younger Americans are buying real estate.

The share of homes bought by first-timers fell to 33 percent this year from 38 percent in 2013, according to a report released Monday by the National Association of Realtors. That share of sales was the lowest since 1987 and significantly below the historic average of 40 percent.

Higher rents, meager incomes and student debt have minimized how much money millennials can save. A typical first-time buyer earned $68,300 and purchased a 1,570 square-foot home worth $169,000.

Part of the problem is that fewer households are forming since the recession struck in late 2007. Nearly a third of adults are living with roommates or family, compared to 27.4 percent in 2006, according to the real estate firm Zillow.

As a result, the United States contains 5.4 million fewer households than it otherwise would. The individuals living in a doubled-up household have median incomes of $29,000, less than half of what a median first-time homebuyer earns.

Every state registered a price gain in September, according to CoreLogic. Prices reached new peaks in Colorado, North Dakota, South Dakota and Texas, while prices are within 10 percent of their previous highs in 28 other states.