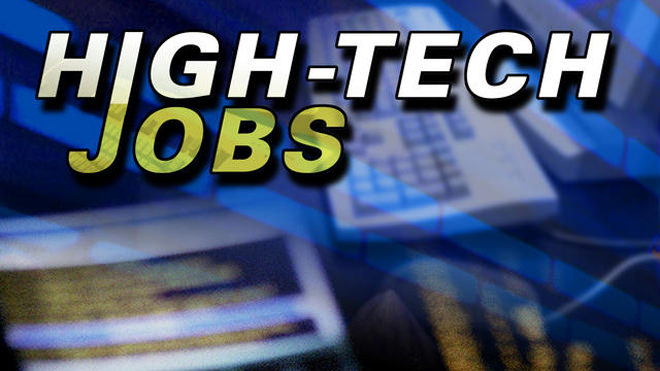 Phoenix is outpacing Silicon Valley when it comes to high-tech job growth, according to a new report.

Commercial real-estate firm CBRE released a report on job trends it has seen based on companies looking to rent office space in the Valley.

The report shows 12,662 high-tech jobs came to the Valley between 2012 and 2014. The 42.7 percent bump in the high-tech industry puts Phoenix ahead of Silicon Valley, which saw an increase of just 27 percent.

CBRE Senior Vice President Kevin Calihan said several tech companies are moving away from San Francisco. The cost of living there is nearly double what it is in Phoenix, and office space rent is nearly four times as high.

Although Phoenix real-estate costs have gone up, they’re not increasing at the same rate as other markets.

“Companies that aren’t in Phoenix yet and are looking regionally for places to grow and hire people are selecting Phoenix at a really high rate,” he said.

Calihan also says tech companies already established in the Valley are expanding and growing, adding more jobs to the industry.

Anthony Kennada, the vice president of marketing at Gainsight, a customer success company based in San Francisco, is now hiring here in Phoenix.

“I think a lot of companies in Silicon Valley are realizing the wealth of talent outside of the area that are just a short flight away and the talent in Phoenix is super exciting,” he said. “It comes from the heritage of some great software companies from the ’90s that were formed here. Second is a lot of local innovation happening, and third, this next big wave of people leaving San Francisco and Phoenix is one of those great communities that has a work-life balance.”

He says the allure of Phoenix to tech companies in Silicon Valley is a history of tech-related companies succeeding in Phoenix.

Calihan agrees, saying companies based in other markets have expanded in metro Phoenix.

“They were wildly successful,” he said. “They went back to San Francisco and told everybody about it, and had a lot of people follow them looking to capitalize on that same employee base here in Arizona.”