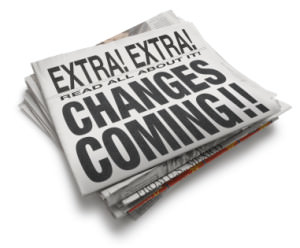 Changes in Arizona are growing….what changes?  The population growth has reduced.  Home ownership is down.  Renters are up.  The sizes of household is up.  Employer types is changing. What does it all mean?  Is this only happening in Phoenix or all over the country?  I have many questions and few answers.

Arizona is still the 6th largest market in the country, but it’s only growing at 2.3 percent this year. At this rate, it will be tough for us to maintain our typical growth rate of bringing in or birthing a million new people every 10 years.

Only 65 percent of Arizonans own homes, down from 75 percent during the height of our real estate boom (which was a false high based on giving mortgages to dead people). Thirty-six percent of people in Phoenix are renters.

And more sad news for homebuilders: the number of people living in each house in Arizona has gone up since the recession.

The hottest part of the Arizona residential housing market is the $200,000 price range, most of the mortgages are FHA, and in general home sales are down.

Only when we get down to No. 7 do we get to a high-tech manufacturing employer with quality jobs. We used to have GE, Motorola, Allied Signal, and many other tech manufacturers as our largest employers. At one time, Motorola alone employed 35,000 people in Arizona.

On the other hand, industrial space demand is reaching record levels and California companies are moving here and shipping their products back to California. We’re a huge state for distribution centers, which are run by robots and generate very few jobs. Our office vacancy rates are still 18 percent (that’s a decrease from 26 percent), and our retail vacancies are still greater than 10 percent. There is literally no retail construction going on in Arizona.

Yet in Phoenix and Scottsdale, condos and apartments are being built at an alarming rate, for underemployed millennials who now marry four years later, and whose fertility rate has dropped from 2.1 to 1.93 kids.

Things are definitely changing. What does it all mean? How will it affect you and me?