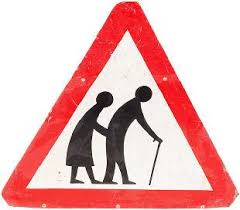 In the next few years an alarming number of Baby Boomer will be considered lower-income.  Within a decade older renters will have very low incomes and potential housing affordability problems.

That surge is also expected to bring about an alarming number of lower-income older adults who may face several housing challenges in the years ahead, according to the Harvard Joint Center for Housing Studies. Within a decade, JCHS researchers predict that households aged 65 and over earning less than $15,000 will rise by 37 percent to 6.5 million.

“Ensuring these low-income older adults are safely and affordably housed will require a great deal of leadership, creativity, and planning, particularly in the present federal budget environment,” writes Jennifer Molinsky, a JCHS research associate, at the Housing Perspectives blog.

Already, the majority of low-income households 65 and over (in which 73 percent have annual incomes under $15,000 and 48 percent have incomes between $15,000 and $30,000) live in housing that is considered “unaffordable.” Most economists consider home owners “cost-burdened” if they are paying more than 30 percent of income to housing.

A substantial number of older adults will “face worst-case housing needs—defined as living in severely inadequate units, paying more than 50 percent of their income on housing… or both,” Molinsky writes. Nearly 1.5 million very low-income older households met “worse case housing needs” in 2013, a rise of 31 percent from 2003.

This may be the greatest challenge in the next Decade.  Thoughts?