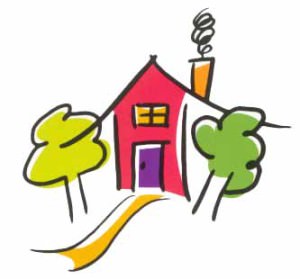 18 percent of Arizona homes still seriously underwater
Eighteen percent of Arizona homes are seriously underwater. That is still a significant number. Things still have a lot of room for improvement.
Eighteen percent of Arizona homes are seriously underwater in value giving the state the ninth worst rate in the U.S., according to new numbers from RealtyTrac. That’s an improvement from the depths of the recession but still worse than 41 U.S. states.
The real estate research firm ‘s third quarter numbers show Nevada has the worst underwater rate with 31 percent home valued far less than outstanding mortgages. Florida is next with 28 percent of homes underwater followed by Illinois (26 percent) and Michigan (25 percent), according to RealtyTrac.
Arizona is tied for ninth worst in the U.S. with Connecticut.
The national average is 15 percent.
When it comes to local markets, Las Vegas has the highest underwater water rate at 34 percent, tied with Lakeland, Florida.
Phoenix is not among the worst local markets for underwater home values.
The rest of the worst top 10 includes several Florida cities, Detroit, Cleveland and New Haven, Connecticut.
The local Phoenix housing market has regained some values and foreclosures have slowed considerably. But sales, housing starts and prices also have slowed significantly this year, according to RL Brown Housing Reports and other housing analysts.
At the other end of the market, states such as Hawaii, Vermont, New York and markets like San Jose, Southern California and Honolulu gained the most equity in the third quarter, according to RealtyTrac.
Mike Sunnucks writes about residential and commercial real estate, government, law, sports business and workplace issues.