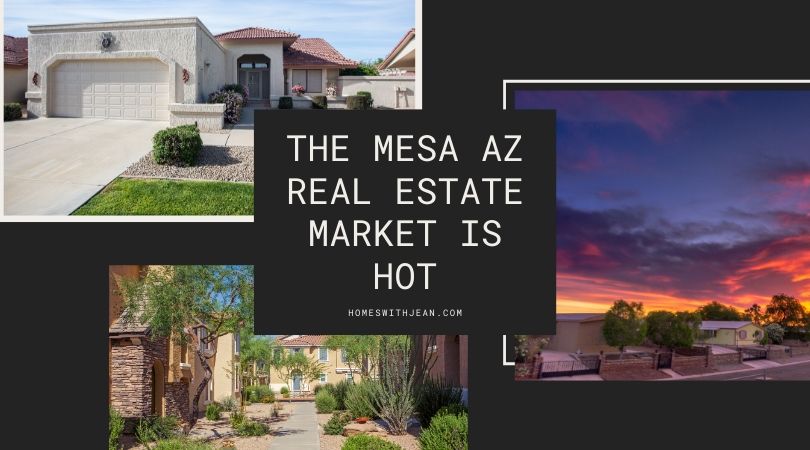 The Mesa Arizona housing market is very competitive and is extremely hot for buyers and sellers right now. The average home price went up nearly 11% since this time last year for an average sale price of about $280,000 the average per square footage, which also went up about 8.4%. The home value index puts most property is about $255,600 and home values, in general, have gone up about 5.2% over the last year. Many predictions say that this will increase by about 3.1% over the next year.

What’s interesting is that Mesa is actually lower than the Phoenix-Mesa – Scottsdale Metro area. Their average per square foot is just about $165 per square foot. The median rent price in Mesa is about $1495 which is lower than the Metro area meeting of $1595. We do predict that the market will continue to increase over the next 12 months. Our lowest was actually in 2012 at about $110,000. It has now risen to nearly $270,000.

Days on the market have also decreased. In 2012 the average days on the market were at 90 and now we are only at 46 days. Because homes are not lasting as long on the market absorption rate is also low, which means buyers need to be creative and aggressive with their offers to avoid losing out on the competition.

What does all this mean? Supply and demand. If you have a home that might have five bedrooms, three-car garages, larger land, or other desirable features, you may find that your home has increased substantially and it may be time to sell.

Find out what your home is worth today

For buyers, it pays to have a competitive edge in the market and that means having a real estate agent that understands the current markets, values, and how to compete. Give me a call today for buying and selling in Mesa Arizona.