How cheap is it to Rent in Phoenix 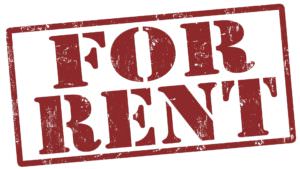 We know living in Phoenix is a lot cheaper than other big U.S. cities such as New York and San Francisco.

A new analysis by SmartAsset — a New York-based personal finance technology firm — shows just how much.

SmartAsset analyzed data from the U.S. Department of Housing and Urban Development and how much renters would need to spend 28 percent of their income on housing.

Financial advisors and economists usually say renters and home owners should spend no more than 30 percent of their income on housing.

SmartAsset took it down a bit to 28 percent and compared to the average rents for a two-bedroom apartment.

Of the 15 biggest U.S. cities. Phoenix was the cheapest — and a universe cheaper than San Francisco, New York and Los Angeles.

It takes an income of $41,057 to afford a two-bedroom in Phoenix, according to SmartAsset.

Cost of living is often cited when companies and their workers move to Phoenix especially compared to coastal and other big cities.

Apartments on average are far cheaper in Phoenix than other big cities.

There are some submarkets in the Phoenix metro area such as Scottsdale, Gilbert and Phoenix’s Biltmore and Arcadia areas where rents are higher than the regional average.

A two-bedroom in Scottsdale averages $2,000, according to Zumper.com, a San Francisco-based real estate website.

That is more in the neighborhood of Seattle where a two-bedroom has an average rent of $2,025. That takes a household income of $86,786, according to SmartAsset.

The average rent for a two-bedroom in Gilbert is $1,300, according to Zumper.

The SmartAsset study shows the average rent in Riverside, California is $1,431 meaning it takes $61,329 to afford an apartment there.

Phoenix doesn’t have the corporate headquarters and isn’t a banking center like other big U.S. cities. It also isn’t the coast and doesn’t have the geographic boundaries such as water that encourage density which can also push up real estate and housing costs.