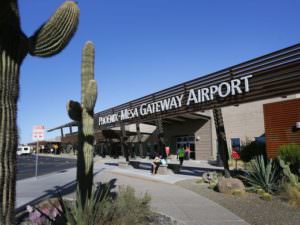 According to a 2013 Arizona State University study, the airport has a $1.3 billion annual impact and supports more than 10,000 jobs in the region.

Twenty-five years after the East Valley cities took control, the airport is finally what proponents hoped it would be, said Councilman Kevin Thompson, who represents the area.

Development experts say this is just the tip of the iceberg and expect a barrage of additional employment and retail opportunities in and around the airport in the next five years as a new 700-acre plot of land was recently approved for development and the airport continues to pursue pricey upgrades.

“I think that it’s been slow coming, but that slow, steady pace sometimes is what you need,” Thompson said.

A unique — and busy — airport

Each community puts forth a different amount of funding each year, with Mesa providing “a lion’s share,” according to airport spokesman Ryan Smith. The city has pumped more than $100 million into the airport over 25 years, he said.

Gateway is often considered a reliever airport to Phoenix Sky Harbor International Airport, but it is still one of the busiest airports in the country. Last year, Gateway accounted for more than 222,000 landings and takeoffs, making it busier than Portland International Airport.

However, the Sky Harbor and Portland airports are mainly commercial airports with many more passengers than Gateway.

In addition to a burgeoning commercial presence, Gateway also serves private jets, two flight schools, government planes and other private planes that make up a significant chunk of its annual activity, Smith said.

Perhaps the most unique thing about the Gateway Airport is the abundance of ready-to-develop land in and around the airport.

“We play land developer like no one else does,” Smith said. 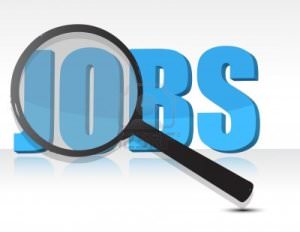 The airport is home to some longtime and new businesses. Able Engineering, the largest employer at the airport with more than 500 employees, provides maintenance, overhaul and repair work for helicopters and planes.

The company began in the 1980s with just a handful of employees and was recently sold to Textron, one of the world’s largest aviation companies.

In May, the Governor’s Office and the Arizona Commerce Authority announced that Constant Aviation will open a maintenance, overhaul and repair facility at Gateway later this year, bringing 200 jobs with an average $60,000 annual wage.

But what lies ahead could have an even larger impact on the airport and the East Valley as a whole.

New development on the horizon

Earlier this year, the Federal Aviation Administration gave the go-ahead for development on700 acres of land north of the airport at the southwest corner of Ellsworth and Ray roads.

The airport will retain ownership of the land but provide long-term leases for development, Smith said.

“That’s huge to be be able to unlock that much raw land next to the airport for development,” said Joe Chandler, commercial real-estate attorney with Fennemore Craig.

Chandler said he expects light-industrial employment opportunities, offices, hotels and conference space will bubble up around the new terminal in the coming years.

He said the southeast Valley has become a destination in the Valley and will continue to attract visitors and residents alike because of unique attractions, like Agritopia, and new high-wage employment.

“I think (growth is) going to continue strongly in the southeast Valley, and Gateway will be the driver of that,” Chandler said.

Both Giles and Thompson said the airport has played a huge role in the economic success in the surrounding area, particularly the Elliot Road Technology Corridor, which is most notably home to Apple’s $2 billion data center. City leaders recently announced that Niagara Bottling would open a water-bottling plant in the area and DuPont Fabros Technology will build a 1 million-square-foot data-center campus.

Thompson said interest in that area is hot right now, as the economy finally recovers.

“It’s like this tidal wave of business coming. It’s chaos, but it’s fun chaos. If I was a surfer, I would almost say it’s the same as catching the biggest wave you’ve ever caught,” he said.

In the next 12 months, Gateway will look to attract a daily regional jet service, such as United Express, to the airport, Smith said.

By bringing a daily airline to the airport, business travelers in the East Valley could fly from their backyard into Denver or other regional airline hubs and connect to hundreds of other destinations, he said.

“The East Valley itself is a market,” Smith said.

Thompson said he believes it’s just a matter of time before other airlines try to emulate Allegiant’s success.

“I think eventually other commercial airlines are going to say, ‘What is it that Allegiant and everybody else is seeing that we’re not seeing?’ ” he said.

To prepare for future commercial expansion and other government or private opportunities, parts of the airport need a face lift. Some of the infrastructure has not been upgraded since the Air Force days.

Crews are replacing the equivalent of 17 football fields of concrete with tougher concrete that can withstand the weight of even the heaviest planes, Smith said.

But their main priority is replacing the air-traffic control tower, which is 70-plus years old and too short, too small and not compliant with the Americans With Disabilities Act, he said.

The airport would like to build a tower 60 feet taller with a control room more than double its current size.

Each year, the airport receives a sizable chunk of money from the FAA for capital improvements. But airports are capped at spending $2 million on new towers that are operated by contracted air-traffic controllers.

Most larger airports, like Sky Harbor, rely on the FAA to provide air-traffic control. But some smaller airports contract with private companies for the service. Many smaller airports only need towers that cost around $4 million, but with Gateway’s growth, the airport is in need of a $20 million one, Smith said.

He said he’s lobbying Congress to change that cap in this year’s FAA reauthorization bill.

They’re not asking for more money, just to be able to spend it how they want, he said.

The House version of the bill would remove the cap. But the current Senate version would only double it to $4 million — a far cry from what Gateway needs.

“We’re going to have to sell brownies,” joked one of the traffic controllers inside the cramped air tower.

“Or lemonade,” chimed another.