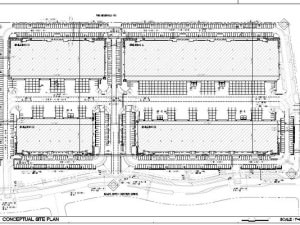 Mesa real estate development seems to be on the rise.  Two projects that have been on the back burner in Mesa are finally moving forward.

After 30 years of waiting, a 21-acre farm lot along the Superstition Freeway in south-central Mesa appears finally headed for development, this time as a commerce park instead of the auto mall originally envisioned in 1985.

The landowner, Puppyfeathers Limited Partnership, is requesting a zoning change to formally remove the property’s auto mall designation to make way for a new commerce park. Craig Berge, president of the Berge Ford dealership just west of the site, is also president of the company that controls the property, according to Arizona Corporation Commission records.

Metro Commercial Properties, a Tempe-based company that builds and manages office and industrial spaces across the Valley, is the developer behind the project. The company also developed the Fountainhead Office Plaza in Tempe and manages the Gainey Office Complex in Scottsdale.

The new commerce park would be designed for multiple tenants and built on the northwestern corner of Horne and Auto Center Drive, near the U.S. 60 Superstition Freeway interchange at Mesa Drive.

Metro Commercial Properties expects to start construction in the second quarter of 2015 and wrap up by the end of the year. The initial phase includes two of the four buildings, with the remainder coming later as the market demands, according to development plans submitted to the city. 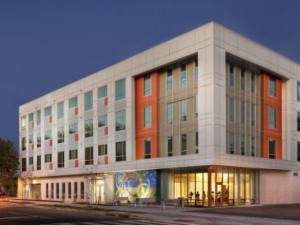 More than two years after Minneapolis-based non-profit Artspace pitched the idea of a downtown artists’ colony to Mesa, city and community enthusiasm for the real estate development continues to flourish.

The ledger, however, is looking a little bare. And while Artspace leaders seem confident they can secure the necessary financing for a 50-unit “live and work” compound through fundraising and grants, recent updates suggest local artists likely will be waiting until 2017 to see the finished product.

Both Artspace and city officials reaffirmed their commitment to the real estate development at a City Council study session Jan. 15, quelling the fears of some residents and downtown activists who’d heard through the rumor mill that the project had been scrapped.

“One of the biggest things I think sets Artspace apart from other developers is…our really strong commitment to the community, and the engagement and the grassroots work that needs to happen to make sure that this project is really unique to this community and reflects the values and vision of what you all want to see,” Heidi Kurtze, Artspace’s vice president of property development, told the council. She invited artists to weigh in on mockups and renderings at a community meeting that night.

Envisioned as a 71,000-square-foot mixed-use complex with living, studio and community spaces, “Mesa Artspace Lofts” at 155 S. Hibbert would mark Artspace’s first presence in Arizona. The organization already has established more than 30 properties in other states, addressing a swelling demand for affordable housing and studio space for artists.

The gentrification of some cities’ warehouse or arts districts has slowly priced some working creatives out of those markets.

Artspace typically finances construction with low-income-housing tax credits, using a Reagan-era federal program that enables developers to charge below-market rents. Artspace hopes to be able to apply next year for housing-tax credits administered by the Arizona Department of Housing.

Anyone with an appropriate income level and a clean background can apply to live in the community, but Artspace gives preference to practicing artists who can demonstrate a body of work and passion for their craft.

The Mesa development would attempt to spur downtown revitalization by creating higher density along the city’s light-rail corridor and drawing visitors downtown. The proximity of the Mesa Arts Center, just two blocks away, could allow for collaborations.

Mesa Councilman Dennis Kavanaugh said the development also would provide “a very unique opportunity to partner with our newer institutions of higher education downtown, as well as the other existing educational facilities around the Valley.”

Councilman Dave Richins said he was “really supportive of this project and trying to find creative ways to make sure it happens,” given the council’s recent emphasis on quality housing downtown. The idea is for affordable-housing complexes to be so well-designed that they’re not recognized as such, he said.

A review of city emails detailed a handful of measures Mesa could use to facilitate the development’s progress, such as offering extra time for fundraising and brainstorming ways to reduce Artspace’ pre-development costs.

A small but vocal group of Mesa artists showed up at the Jan. 15 evening meeting, chiming in with their two cents on everything from landscaping to lighting. They circled the interior of Lo Fi Coffee, slapping post-it notes filled with comments on design mockups hung around the shop.

“I’ve been trying to see what we can do to get more artists downtown. Mesa artists are too spread out,” visual artist Mike Santacruz said at the workshop. “They’ve been concentrating in downtown Phoenix for things, which is nice, but it feels kind of disconnected.”

He and others at the workshop gravitated toward designs with airy, open spaces and plenty of landscaping.

“They have to make sure the spaces are inviting — not too industrial,” Santacruz said.

Construction is expected to begin late next year.

Number of residential units: About 50 one-, two- and three-bedroom units with space to work.

Price range for tenants: From 30 to 60 percent of area’s median income.