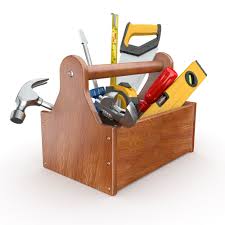 The city of Mesa has tools in place to help developers of property of 5 acres or less that is surrounded by other uses. Mesa is offering developers incentives to develop these parcels.

The land may be smaller, older parcels that were never developed or were previously developed and vacant for some time, John Wesley, the city of Mesa’s planning director, said at the Sept. 15 study session of the Mesa Planning and Zoning Board.

Simply, the developments are called infill.

The city of Mesa’s two infill districts are ID-1, for properties of less than 5 acres; and ID-2, for sites of 2.5 acres or larger.

Such a development project will be considered by the board in October, Mr. Wesley said.

“As we work on the current zoning ordinance – we still consider it the new one, even though we have had it for four years now – one of the concerns we had as we looked around at the tools we had is how we handle infill properties, redeveloping some of the smaller, older pieces that were bypassed or previously developed but coming back and trying to be redeveloped with the current zone that we have. We have some tools that could be used – the PAD (Planned Area Development) or the BIZ (Business Intensity Zone) overlays – but they carry with them their own kind of challenges, requirements and restrictions, so we created what we call the infill development zoning districts so rather than being an overlay for underlying zoning, it’s an actual zoning district,” he said. “It’s in the zoning ordinance. We’ve used it one other time thus far,” he said, adding that it was for the Sycamore Station apartment complex near the light rail line.

“We have an item on your agenda tomorrow that’s being continued until next month … we’re finding a little bit challenging to work through as we really try to understand what we meant when we wrote the code and apply it to specific properties,” he said.

The planning and zoning board at a meeting Sept. 16 voted to continue discussion on a rezoning to the Oct. 21 meeting. It would rezone 1 acre from limited commercial to a classification that will facilitate infill development, according to the agenda. The property is at 6350 E. Main St., east of Recker Road on the north side. Lindsay C. Schube of Gammage and Burnham is the applicant and Judy Taylor of Granite Reef Inc. is the owner.

According to a document at the city’s website, http://www.mesaaz.gov/Home/ShowDocument?id=12462, ID districts can be established where a property is a bypassed parcel.

Gordon Sheffield, zoning administrator, said at the Sept. 15 study session that state law allows a city council to waive fees as part of an infill district.

“It’s not to say that we would necessarily do that as part of the zoning case. It’s just that it’s an option to consider as a case is going through. So, if an infill case were to go through – say, for example, you folks were to recommend it – it would go to the city council. Part of that could include a parallel deal on the other side where a development agreement could be reached and they could possibly come up with some sort of waiver of some of the permit fees or some of the more expedited processing fees or things along that line that might encourage the development of the site itself beyond just some of the incentives you may get by reducing setbacks or coming up with alternative engineering standards,” he said. “So this sets this up so that this other process can take place too; it wouldn’t necessarily be part of the zoning process going on at the same time.”

“So the other incentives could be additional density, different types of things, correct?” Chairwoman Suzanne Johnson asked.

“The sky’s the limit, to be honest with you,” Mr. Sheffield said, adding that they would be incentives that the zoning code allows.

“The frustration that we have with the ID-1 district and not the ID-2 district is that we have folks coming in who are seeing these one-and-a-half-acre sites that don’t quite qualify for the two-and-a-half-acre sites, but they want to combine – say, for example, the GC district with the LI district,” Mr. Sheffield said of general commercial and limited industrial districts. “And so they want a little bit of industrial, they want a little bit of commercial, but they don’t want the whole thing and there are some things that the GC district will allow and there are some things that the LI district will allow, but if you say ‘I want the LI district,’ then some of the things in the GC district are not allowed. So they want to combine those things together and the ID-1 district won’t allow them to do that because it’s based on one specific base zone,” he said.

Board member Michelle Dahike asked what the timing and the process are for ID-1 vs. ID-2.

“They’re the same,” Mr. Sheffield said. “There may be additional work that is done up front; at the beginning there might be considerable discussion between staff and the applicant before the case is ready to go,” he said.