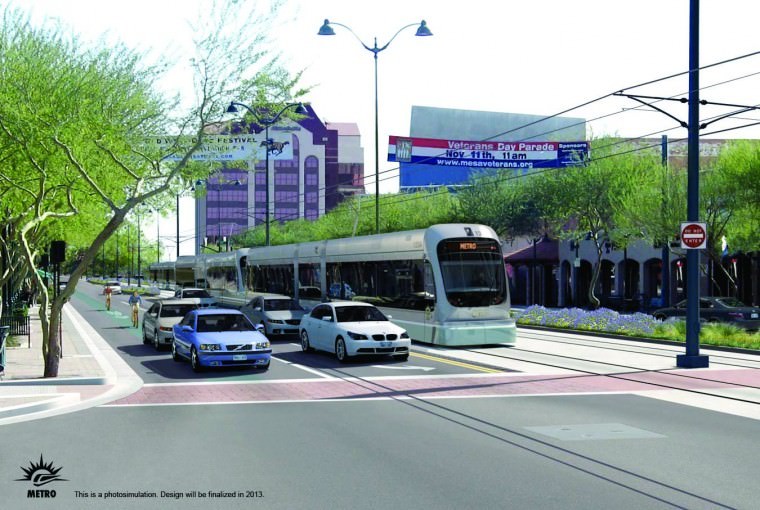 When construction began on the extension — which will take the train from Sycamore to Mesa Drive along Main Street, adding four stations and a park-and-ride — officials expected operations wouldn’t begin until March 2016. Last year, they revised their estimate to fall 2015 despite construction moratoriums during peak tourism months.

“It really is a landmark day and a landmark time,” said Vice Mayor Dennis Kavanaugh, who also serves as Valley Metro Rail Board Chair.

Valley Metro began testing along the $200 million extension, funded through a combination of federal grants and regional sales-tax revenue, in late May. Chief Operations Officer Ray Abraham said a team were hustling to make sure traffic signals, train switches and other elements were working together properly and told Mesa residents to expect trains “more frequently coming back and forth all hours of the day and night” in the coming weeks.