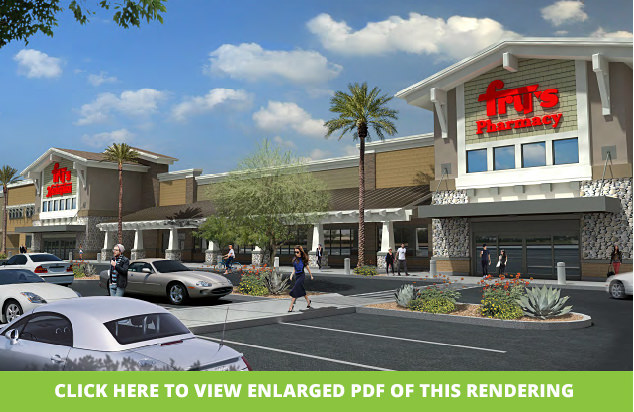 We have waited for over a year to hear when the new Fry’s at Signal Butte and Guadalupe will open.  Well the time is upon us!

We have been told the Fry’s Marketplace (Signal Butte and Guadalupe), 2724 S. Signal Butte Road in Mesa is scheduled to open this summer 2016.  I recently found out it will open on June 10th!!

Fry’s Grand Opening at Signal Butte and Guadalupe will include the Fry’s gas station.  We have needed a gas station in our area for quite a while.  Personally I could not be happier!

Fry’s Food Stores, a banner of The Kroger Co., is expanding its presence in Arizona with the addition of seven new stores in 2016. Fry’s says it will invest $260 million in Arizona to build six new Marketplace stores and to add one new store in Tucson along with multiple fuel centers at the properties. This funding also will be used to build additional fuel centers and complete expansion projects and remodels. The growth initiative will create more than 2,000 full- and part-time jobs, Fry’s says.

“Fry’s is a company that is focused on smart, strategic growth and providing a highly-satisfied customer shopping experience,” said Steve McKinney, president of Fry’s Food Stores. “We’ve operated here since 1960. In that period, we’ve grown our footprint to 119 stores and 82 fuel centers. Fry’s successfully reached this point by closely monitoring the unique needs of this market and evolving to meet the requests of our customers.”