A rendering of what the redeveloped 1 W. Main St. site could look like. (Photo: City of Mesa)

I am excited!  The City of Mesa has a vision.  They see downtown Mesa as a vibrant, happening downtown.  A place to be seen. They have been slowly working toward this vision.  The development of downtown Mesa has been in baby steps.  The Mesa Arts Center was a step.  The light rail was a step.  Now they see a new building across from the Mesa Arts Center.  The plan is restaurants and store on the first floor then, wait for it…….residential units, 3 stories of residential units above. Mesa has a dream.  Mesa is dreaming of a vibrant downtown Mesa.  It may soon be a reality.

For years, talk of the future of the Mesa Arts Center, the coming light rail and the city’s eclectic mix of homegrown shops and restaurants has dominated discussions about Mesa’s evolving downtown core–downtown Mesa.

Less central to the conversation has been the privately owned property at 1 W. Main St., where an unassuming office building houses criminal-justice-software company JusticeTrax.

Mesa officials are working to change that.

In early to mid-June, they will issue a request for proposals designed to help identify a developer capable of transforming the sleepy yet highly visible corner into a bustling multiuse facility. Given the site’s proximity to the arts center and a light-rail station, the property’s 19,000 square feet of developable land have become increasingly choice real estate.

The city’s strategic plan for the area calls for a building at least four stories high, with the ground floor devoted to “active uses” such as restaurant or retail space. They are developing a  Downtown Mesa hub.

“That area near Center and Main (streets) is what we’re calling the heart of our downtown. That’s where what you see today should be significantly different from what you see in five to 10 years,” said Jeff McVay, Mesa’s downtown-transformation manager. “The intent of that area is to be as close to a high-rise, really identifiable center of downtown as possible, with more modern buildings, more intensity, more height, but at the same time more amenities for the residents that are living there.”

For those scratching their heads at the mention of downtown residents — currently few and far between — McVay believes the redeveloped 1 W. Main could help address that element, too. While developers must focus on commercial uses on the first floor, the building’s upper levels could be purely residential.

“The only way to make downtown successful is if it is first a place people want to live in,” McVay said. “If we were to get the 2,000 residential units we want in downtown, all the restaurants and retail questions are going to start answering themselves. A place like (popular bruschetta and wine bar) Postino would want to come here on their own. That’s really my vision.”

Mesa is willing to provide incentives ranging from demolition and site-prep work to tax breaks, infrastructure improvements and discounted or waived permit fees to facilitate the makeover, according to city documents. The city’s tentative timeline for the project has construction beginning in mid- to late 2016, if negotiations to buy the property go smoothly.

Current owner and JusticeTrax President Simon Key is more than open to selling, he said, assuming he can get a fair price for the investment he made more than a decade ago.

“When we bought the property, the arts center was just a big empty lot with a chain-link fence around it, and light rail was something that was way off in the future. So it’s been pretty gratifying to see a lot of those projects come to fruition, and that particular corner, I think, has always had a lot of potential in a lot of different areas,” Key said. “I think the time is probably right for us to give up that corner for somebody who can make better use of it.” 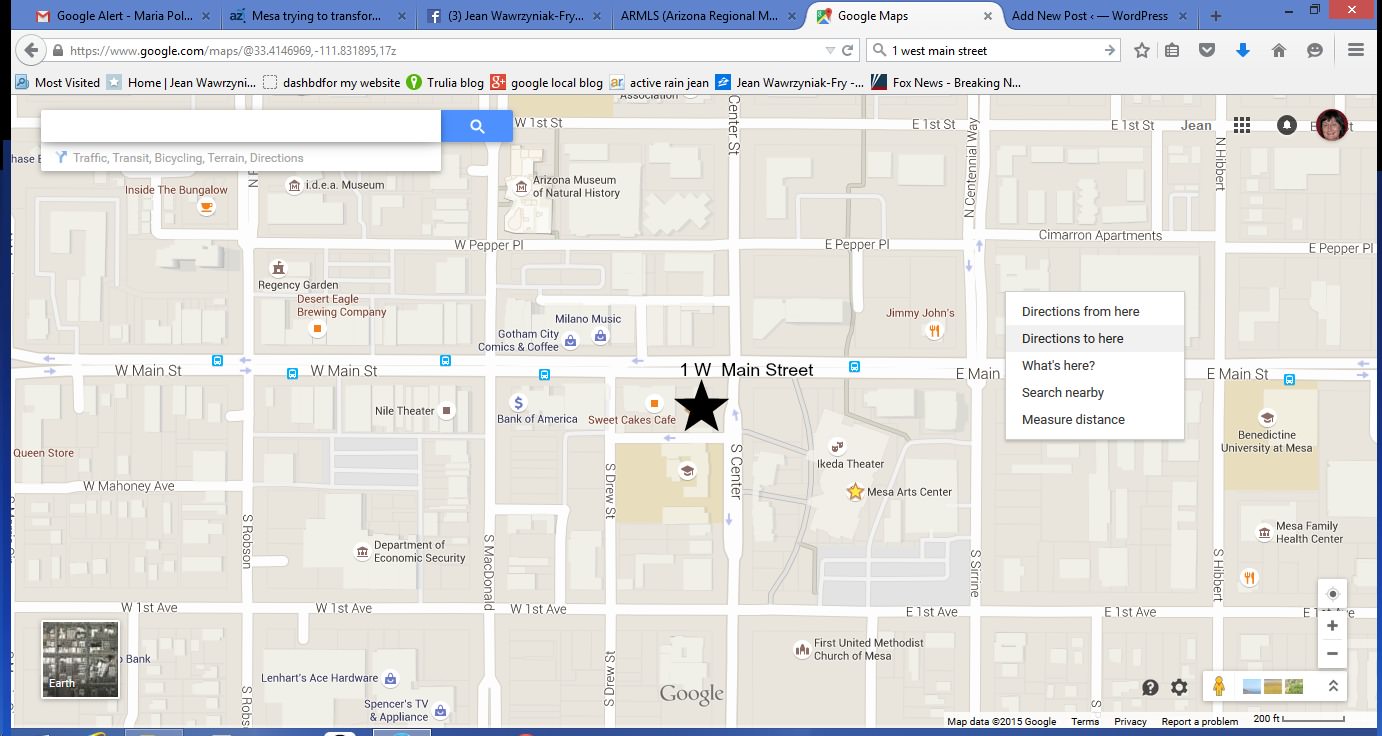 Key said he’d like to see JusticeTrax either become a tenant in the new building or move to a nearby site in the city center.

“We’ve been invested in downtown for awhile,” he said. “I would hate to bail out now.”

Week of June 8: Request for proposals sent to shortlist of developers.

Summer 2015: Interviews with vendors; selection of developer or development team.