Downtown Mesa is a happening place.   With so much going on in Mesa, things are changing all the time. Check out what’s happened in the last couple of years and where we’re going. 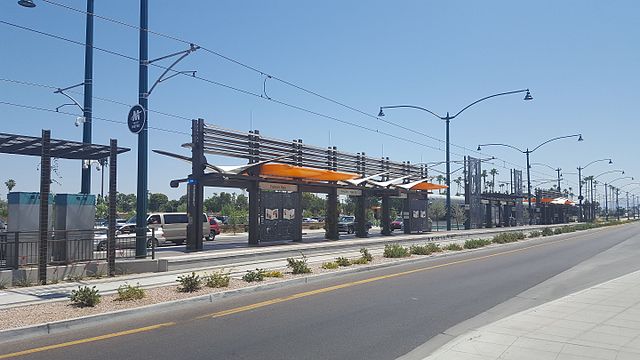 Mesa has dreamed of transforming its quiet downtown area into a popular destination. That dream started over 10 years ago. And now, Mesa is the starting point fo the Valley Metro light rail system, a 26-mile railway connecting passengers to Tempe and Phoenix.

When construction began on Mesa’s $99 million arts complex in 2002, a seed of belief was planted deep in the heart of the city’s historical downtown — a belief that the quiet district could eventually grow into something greater.  The sleek Valley Metro trains link historical Mesa with Arizona State University, Tempe’s Mill Avenue, and the skyscrapers of central Phoenix.

Now, nearly 20 years after the Mesa Arts Center opened at the corner of Main and Center streets, that idea is firmly rooted among the many downtown residents, business owners, and activists who have fallen in love with the area. 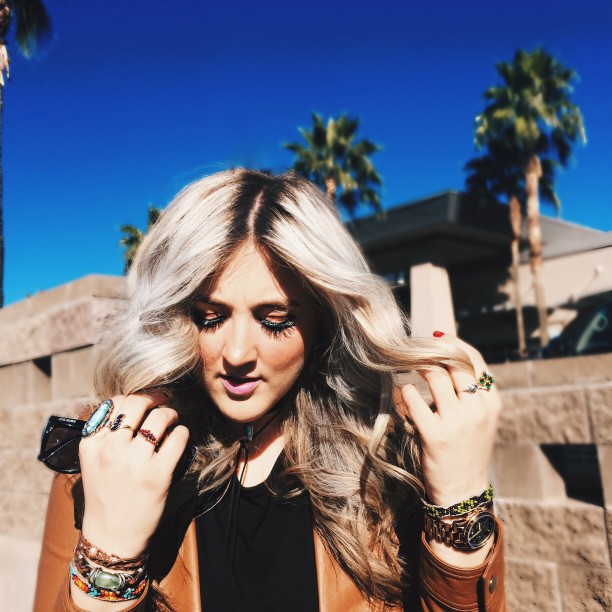 Downtown Mesa now has more restaurants that stay open later, along with an eclectic mix of shops that appeal to a younger crowd. The performing-arts theater draws celebrities like actor William Shatner. Groups of Millennials stroll down Main Street to take “selfies” with the public art sculptures that have become a staple. The arts scene is growing.  Art lofts are being promoted.

Though Mesa’s population is greater than bigger-name cities like Atlanta and Miami, its sprawling, suburban approach to development has never really centered on a downtown hub that generates a significant sense of community pride. That is changing.

Mesa is a sprawling city.  The edges span over 20 miles.   For southeast Mesa residents who live a full 20 miles away from downtown, the area can seem distant and unfamiliar. Some others who live closer have written downtown off as boring or unsafe.

Central Mesa, with its broad sidewalks and relatively small, intimate buildings, was fortunate enough to miss the construction booms of the 1970s and 1980s, an era when older buildings were sometimes bulldozed to make way for giant monolithic structures, Crummey said. Downtown Phoenix’s Wells Fargo Plaza, concrete and imposing, is a prime example of what was constructed during that era. 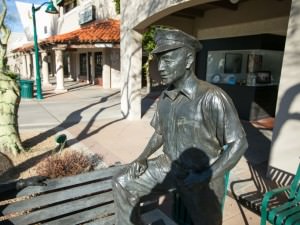 Another grassroots movement called Project Downtown Mesa is working to recruit popular restaurant brands to open in the neighborhood. City officials organized the Downtown Vision Committee to build a shared vision and goals. The Mesa Chamber of Commerce has assembled a group of its members to talk about how the area could improve.

“It’s almost like that ‘Cheers’ feel. If you’re down there [downtown] for awhile and make friends, you can be that person that everybody knows.”

Businesses are coming.  Some business owners said they enjoy the tight-knit community that downtown offers, while others found the inexpensive lease rates attractive. Just about everyone could see an enormous potential.

Even outside of the city, word seems to be slowly spreading that downtown Mesa might be worth another look. Mesa stores are staying open later, even with the influx of the pandemic, Mesa business owners are trying to find alternate ways to do business and supply product. Some of the newer arrivals opting to stay open until 9 p.m. or so. Gotham City Comics & Coffee is one example. Another, Asylum Records, stays open until 7 p.m.

The owner of the light rail system said of the Downtown Mesa area 5 years ago:

“Five years from now, we’re going to be able to say that downtown Mesa was a 20-year ‘overnight’ success story,” Crummey said. “We’re here, and we’re so much more than you think.”

Looking for homes in downtown Mesa? Start here! Call me for more information on Mesa and the surrounding areas.

So what is in downtown Mesa?