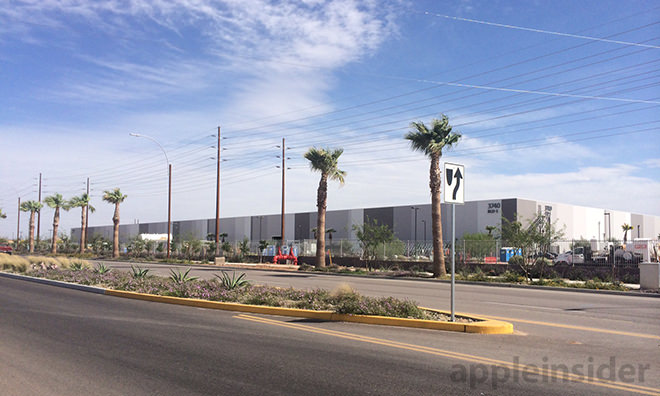 Inquiring minds want to know….what is going on at the Apple Plant? It looks pretty empty to me.  But word on the street is more jobs than originally anticipated will be available.  But patience is required….Construction on the so-called “global command center” is slated to begin in 2016. And what will the new hires do?  Ahhh no one is talking yet.

According to The Phoenix Business News, Apple will to take on between 300 and 500 more employees than planned to staff its upcoming data center in the East Valley area of Arizona. Original plans called for 150 executive-level positions. There will be a small contingent of top Apple executives from Silicon Valley moving to Arizona to oversee operations, while other positions will be filled by local hires.

Apple CFO Luca Maestri and Mesa Mayor John Giles met last week in Cupertino to discuss plans for the 1.2 million-square-foot Apple Mesa data center that’s expected to be in use for the next 30 years. The iPhone maker gave Arizona a commitment to spend $2.2 billion over 10 years after it terminated its deal with GTAT, where 700 people were expected to be employed. The company says its Arizona workforce could grow well past the additional 300 to 500 jobs it plans to add.

“There could be more hires,” Giles told the Phoenix Business Journal. “They told me that Apple has a history of expanding where it has a major footprint and Austin now has more than 6,000 workers.”

The Apple plant in Austin, Texas, originally only hired 150 people, but now it’s one of the company’s biggest sites in the United States. What Apple plans to do with its Mesa plant remains unclear, despite Apple’s announcement that it’s converting the sapphire plant into a “command center.”

Former Arizona Gov. Jan Brewer bent nearly every rule in the book to land Apple by promising millions of dollars in tax credits. Many valley residents feared the failed sapphire plant meant Apple and its jobs would leave the area, but the company’s long-term commitment could potentially transform the Valley of the Sun into a Silicon Desert once fully operational.

Despite holding 1.2 million square feet of work space, Apple is only expected to use half of the square footage for the command center.

“Apple didn’t disclose their plans for the remaining portion of the command center, but they are looking at its use,” said Giles.

Construction on the so-called “global command center” is slated to begin in 2016.