Aerospace Defense Business to Come to Mesa and Bring Jobs 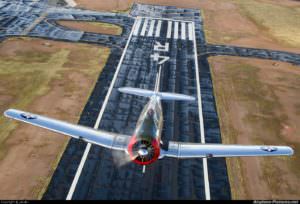 The city of Mesa recently broke ground on a 150,000-square-foot speculative industrial facility in the Falcon Field District, which it hopes will draw significant aerospace and defense businesses.

The new facility will be adjacent to the Boeing’s 2 million-square-foot manufacturing facility at Falcon Field Airport and the Loop 202.  The Longbow Gateway One is slated to be complete by January and anticipated to bring at least 175 new jobs.

What a great addition to Mesa!  I am on the only one that thinks so…as Mayor John Giles.

“Longbow Gateway One will be an excellent addition to Mesa,” Mayor John Giles said in a statement.  “The decision by Opus Development Company to bring a new industrial facility for aerospace and defense companies to the Falcon Field District is a great endorsement of our business-friendly environment.”
Even the vice Mayor agrees!

“This is an exciting step towards the future of the Falcon Field District,” Vice Mayor and District 5 Councilmember David Luna said in a press release. “The City of Mesa is committed to being a business-friendly community and to attracting top flight companies to our city. This facility will check all the boxes companies look for and will be a tremendous addition to Mesa.”

So what do you think?