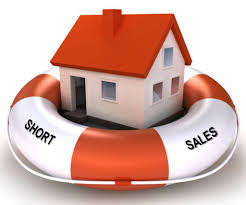 Can you imagine going through the heartache of losing your home in a short sale only to be asked to pay taxes on the ‘profit’ you made by selling your home for less than what was owed on it.  As though you had that kind of money hidden in your closet.   When families go through a short sale they are already in financial hardship.  Asking them to pay taxes on phantom money is adding insult to injury.  Thankfully the U.S. House passed a bill last week that would extend the Short Sale Tax Break.  Now that bill needs to be passed by the Senate.

The U.S. House passed a bill last week that would extend key tax breaks to financially distressed home owners who went through a short sale. The bill now goes before the Senate for consideration, where housing analysts hope for action during the final week of the Lame Duck session of Congress.

The National Association of REALTORS® has been calling on members to urge Congress to renew the Mortgage Debt Forgiveness Act, an income exemption on mortgage debt forgiven in a short sale or a workout for principal residences.

The act expired at the end of 2013. That means distressed home owners could be responsible for paying pay taxes on “phantom income” from any forgiven debt once the properties are sold. That is, if a lender sells a property for less than the amount owed on the mortgage, the home owner will then have to report that forgiven debt as taxable income to the IRS. The tax on a 2014 short sale or workout would be due April 15 of next year if Congress fails to extend the measure. If the Mortgage Debt Forgiveness Act extension is granted, taxpayers will be able to continue to exclude the forgiven debt from their annual income calculations.

The House included a one-year extension of the Mortgage Debt Forgiveness Act in the Tax Increase Prevention Act of 2014, which passed the House on Wednesday in a vote of 378-46.

In the first three quarters of this year alone, there have been more than 170,000 short sales, representing a total bill of $8.1 billion in mortgage debt forgiveness, according to estimates from RealtyTrac. But the lapse in the extension has caused some home owners to avoid short sales and workouts. Still, more than 5 million home owners remain underwater, owing more on their mortgage than their home is currently worth. Also, nearly 1 million households are seriously delinquent on their mortgages or are in foreclosure.

“Unless Congress acts, hundreds of thousands of American families who did the right thing will have to pay tax on ‘phantom income’ – money they never see,” read an ad issued by NAR last week that ran in select Capitol Hill publications.