New Homebuilder Slump is Over

They say the new homebuilders are doing something new.  They are building.  That has not happened much in the last 7 years. 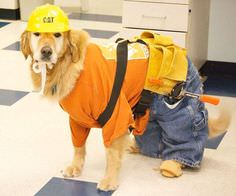 New  Homebuilder Lennar reopened a community in Surprise last month that it had stopped building in during the crash.

Eastmark in Mesa ranked No. 1 in the U.S. for the biggest increase in home sales — 181 percent — in 2015, according to national real estate firm RCLCO.

New-home permits in January were up 57 percent from the same month in 2015, according to RL Brown Housing Reports.

Ironwood Crossing in Pinal’s San Tan Valley is currently one of Fulton’s top-selling communities. Prices for the builder’s homes there start at around $170,000.

Asante isn’t quite as affordable, with home prices starting at $217,000. But that’s still lower than what similar-sized existing homes are selling for in that part of the northwest Valle

The increase in new-home building and sales is expected to continue for the new few years.

Brown and Burger are forecasting about 18,000 new homes will be built Valleywide this year. That will be about a 13 percent increase from last year’s home

Many new-home buyers still want the most home for their buck in metro Phoenix.