Gilbert Residents Pay Most in Annual Taxes in Arizona 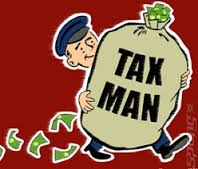 If you live in Gilbert, you pay more to the tax man than residents in any other Arizona city.

That’s according to a new analysis from NerdWallet, which took a look at how much the average household pays in annual taxes in the top 100 cities across the country.

Of Arizona cities, Gilbert was the highest ranking in terms of annual taxes paid.

As a percentage of income, Gilbert residents who own their home pay 32.26 percent in taxes, while non-homeowners pay 31.2 percent.

Gilbert ranked No. 6 in the U.S. for highest average taxes paid, behind San Francisco and San Jose.

Residents in Scottsdale (17) and Chandler (18) also ranked among those with some of the highest tax burdens.