10 Things Never To Leave Out During an Open House

Planning on having an open house to encourage buyers to browse your property? Open houses have gotten a bad rap over the years and some agents feel that they are not necessary. I feel that for the first week, an open house will get buyers interested, get the word out, and could potentially have more agents eyes on the home as well. There are good reasons to have an open house so it’s important to talk to your agent about the benefits, pros, and cons to an open house. That being said, if you are going to have an open house make sure that you don’t leave these 10 things out. 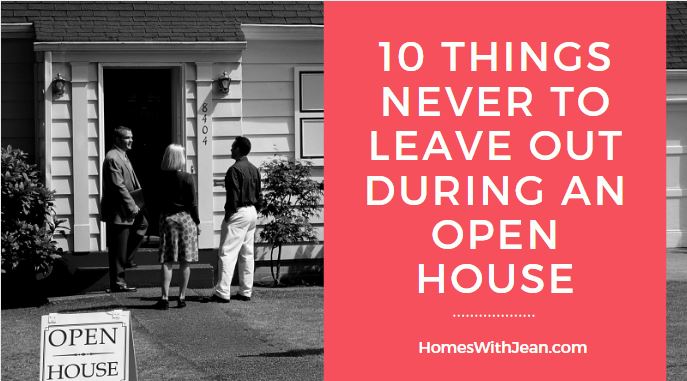 This might be an obvious one but all jewelry should remain moved and safely secured.

A good bottle of vino could cost a pretty penny and you wouldn’t want to lose it during an open house. Hide those expensive bottles and alcohol safely away.

Any laptops, computers, cell phones, and tablets should go with you during an open house. You might even consider taking any chargers that you leave as well because those things can get spending.

Remove all drugs and prescription drugs from the most popular places such as medicine cabinets, under the bathroom sink, or in kitchen cabinets.

Even a weapon hidden in a nightstand drawer could be an invitation for disaster. Don’t leave any weapons or ammunition where it can be easily accessed or seen.

And it doesn’t even have to be expensive but if it’s meaningful to you it should be put away. You wouldn’t think that someone would take artwork directly off the walls but it have happened in the past.

Don’t leave anything around that has your name and address on it such as mail or other identity documents.

During an open house, you should take all pets with you and hide all evidence including litter boxes, leashes, and toys.

In our volatile politically charged climate it’s never a good idea to openly state your political stance. You’re trying to sell your house, not win over people to your political agendas.

Should you really have an open house?

The hidden cost of selling your home

Who really comes to open houses?

Do you really want to sell your home?