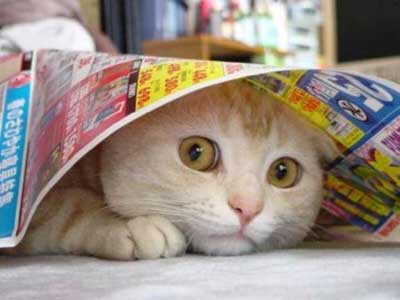 I’m hiding from the radon!

Radon Makes for an Uninvited House Guest – This was written about the West Valley….but people in the east valley should take note.

A ghost may be haunting your West Valley home –– and your family’s health.

You can’t see, smell or taste radon, but if it’s infiltrating your house, this “silent killer” may be putting your household at a higher lung cancer risk.

The Environmental Protection Agency has made January National Radon Action Month because concentrations are as much as 10 times higher during winter for this naturally occurring radioactive gas, and, because many windows and doors are closed and families tend to spend more time inside during the colder weather, even in the Arizona desert, radon can be trapped, increasing the danger.

As uranium breaks down as part of its natural decay chain, it emits the gas, which itself breaks down into radon progeny, which can enter homes through cracks in concrete walls and floors, sumps and drains, sometimes even water.

Radon is the leading cause of lung-cancer deaths among nonsmokers in America, taking the lives of about 21,000 Americans each year, he said, citing EPA figures.

Arizona is ranked as a middle Zone 2 of the three radon levels in the United States, Brown said, again using EPA information.

“Some areas of Arizona have more likelihood than others, but literally, any house can have radon even if the houses all around you do not,” he said.

In alignment with the EPA, the U.S. Surgeon General and the Centers for Disease Control, Brown urges homeowners to protect their health by testing their homes, schools and other buildings for radon.

Detection is cheap and easy and generally requires at most two days with either a charcoal canister or one of several devices such as a continuous monitor, said Brown, who has been in the radon detection and remediation business for 28 years.

For remediation, the usual method is with sub-slab depressurization, a process of removing radon from the soil before it enters the house. The costs for detection and remediation usually range from $1,500 to $2,500, he said.

West Valley homeowner Kelly Laffey heard that some of his neighbors had radon issues, and, because he has a basement, he was particularly concerned about infiltration from the surrounding soil. He acquired a test kit, which showed a higher than normal reading. He contracted Brown’s company for remediation.

“The crew did a great job,” Laffey said, “and I will tell the new homeowner if I ever decide to sell the home that this work was done.”

A responsible real estate professional should make you aware of the possibility of high radon levels in any home.

“I provide the information sources to my buyers and sellers, so they can educate themselves on radon,” said Liz Recchia, broker/owner, We Sell Real Estate, LLC, Phoenix.

Watch out, though, for testing and remediation contractors who are not certified by the National Radon Proficiency Program, the Fletcher, N.C.-based certifying entity for the EPA. Look also on Azrra.gov to find certified contractors and testers statewide through the Arizona Radiation Regulatory Agency.