Too Funny not to Share–Included in home sale

Home sales can be strange…This is a tale about odd things included in home sale…. 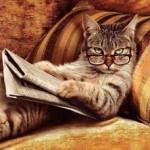 Some items should not be included in a home sale. But that hasn’t stopped some home sellers from trying to unload some unwanted items – or things – from snow machines to even the family dog anyway.

Realtor.com® recently featured some of the most bizarre items that home sellers have tried to sell with their home.

Pets: Trying to give away Fido during a home sale apparently isn’t that uncommon. Glenn S. Phillips, CEO of Lake Homes Realty, recalls buying his first home with the seller offering his little black dog in the deal too. Phillips bought the home and took the little dog too, naming him “Mikey the Mortgage Dog.” Sally Slater with Douglas Elliman Real Estate in Bedford, N.Y., told realtor.com® that she sold her cat with her horse farm to buyers once. The buyers thought the cat would be good at keeping the barn free of mice and Slater realized that was the cat’s home anyway.

A dungeon in the master: The owner of the home had an adult play area – resembling a dungeon – built into his master bedroom. The owner “refused to remove it, and he refused to lower the asking price,” recalls Dean Ferraro, a real estate professional in Oceanside, Calif., who says the home was listed about $500,000 over market value because the owner was adamant that his dungeon created more value. “He said he had invested a lot of money into it and was sure a buyer would enjoy it.”  Eventually, after the home lingered on the market for six months, the owner refashioned the room into an office. The home finally sold.

A snow machine and ski hill: How about your own ski hill? Buyers weren’t biting at that idea. One seller in the Hamptons offered up a 40-foot-high, man-made ski hill that even included a homemade snow-making machine for his home. The buyers of the home didn’t want it and insisted the seller remove the snow machine from the property (but they did keep the hill). However, they still got a surprise after closing – two cats were left behind.

“After the closing, the buyers came to their new home to find the seller had left his [two] cats on the front porch with food and note for them to keep them,” says Palmer Gaget with Douglas Elliman in New York City. “I called the seller’s ex-wife, who came to get the cats immediately.”