Should Builders be Building Compact Homes? 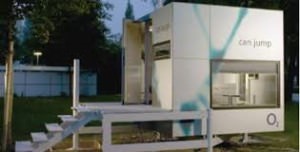 Recent surveys of millennials and baby boomers have shown a preference for walkable, urban, and smaller housing options – pretty much the opposite of a McMansion in a far-off suburb from the city. So why are developers continuing to build sprawling McMansions far away from urban corridors?

Urban planners and “smart growth” advocates are calling for more compact homes in walkable communities that are located near public transit. Doing so, they argue will jump-start the housing market since that’s what home buyers say they want.

“I think that the building industry has been incredibly resilient at resisting change,” says Chris Leinberger, a senior fellow at the Brookings Institution.

However, some builders argue that home buyers still desire the traditional home and they’re not buying into the belief that the majority of home buyers truly desire compact, walkable developments. Instead, they believe buyers really still crave space – backyards and private patios, big closets, and places to park their big cars.

Indeed, some builders say they’ve tried to build the more urban, walkable communities – but nobody wants them. For example, in Las Vegas, builders say they tried to introduce a sustainable development called Inspirada, billed as a walkable, mixed-use community with compact homes, public parks, and retail. But sales were sluggish. Critics argue that’s because it was in 2007, when the economic crisis was in full swing and nothing was selling.

During the recession, the developers of the community asked city officials if they could abandon the new urbanist concept and revert back to building more traditional homes, with a greater focus on space and luxury than walkability and transit.

While consumer surveys are showing a high desire among the younger generation for small, compact, transit-accessible housing, some critics argue it’s a temporary trend. Once millennials settle down and have kids and pets, they’ll desire a traditional suburban home with more space, just like previous generations, argues Klif Andrews, president of the Nevada division at Pardee Homes.

“Sure, there are people who live downtown forever, but when they say, ‘I want to have a kid or two,’ or, ‘Gee, my girlfriend wants to move in together and we want to have a house,” they’ll move to the suburbs, Andrews told The Atlantic.

Urbanists, on the other hand, maintain the reason home ownership is so low with millennials currently is because builders aren’t producing the right type of housing stock.

All that said there is a movement to build small homes.  This is the tiny house movement.  Or the micro compact home movement.

Just when you thought the small-home trend couldn’t get any hotter, a cool breeze comes in from the Pacific Northwest. A recent episode of IFC’s Portlandia—a popular sketch comedy that routinely skewers hipster life on the West Coast—took the inconveniences of small-home living to task.

As with most successful satire, the humor comes from the kernel of truth within. Anyone who’s had to downsize can empathize with the difficulty of storing too much stuff in too little space. But even inside the tiny-home movement there’s open acknowledgement of the struggles inherent to the lifestyle. Ryan Mitchell wrote about some of the common issues that make small-house living tough on his blog, TheTinyLife.com. Among them, he cited a lack of access to lands and loans, municipalities’ definitions of minimum habitable structure sizes, and social pressures: “People can get very defensive and social pressures can make the shift to living a simple life in a Tiny House very difficult with some people. We need to be sure not to come off as judgmental or preachy, we want to present it simply as an alternative.”

“Lots of people all over the world live in tiny houses; they are called apartments… But much of the Tiny House movement seems to be about replacing a conventional suburban or exurban model with a tiny house,” he writes. “The only way the tiny house movement is going to succeed is if people get together and build intentional communities of tiny houses, which will solve the land, loans and laws problem and eliminate the fear and social pressures ones. But that doesn’t seem to be what members of the movement actually want.”

Despite the initial appeal of well-design storage and simplicity, the small-home living just isn’t for everyone. In a 2014 Today Show feature about the problems with tiny homes (both inside and outside of small-home communities, one owner of a tiny home put the lifestyle this way:

“I don’t believe a true tiny life is a sustainable lifestyle for most people,” Kristen Moeller, the owner of a tiny house in Conifer, Col. told Today. “It’s like writing a book. Ninety percent of people say they want to do it, but only about 5 percent actually will.”