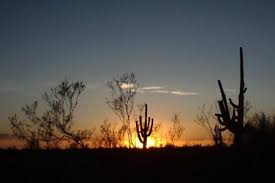 If you were interested in buying a new home, 2014 may have been the best time.  Builders had been offering deals including no payments for a year and discounts of 10 percent to 20 percent on houses already built as they try to sell inventory.  Will this continue in 2015?  That is hard to say.

Last year, builders spent $510 million on Phoenix land, according to Scottsdale-based Land Advisors Organization. That compares with $709 million in 2013 — the most spent on land by home builders in the Phoenix area since the housing boom of 2004-06.

Through November 2014, new-home sales in metro Phoenix were down 10 percent from 2013’s pace, according to RL Brown Housing Reports. And housing analysts RL Brown and Greg Burger, publishers of the report, don’t think December new home sales or permits will see a big “bounce.”

In the spring 2014, the recovery of the Valley’s home-building market appeared to be finally under way. Then new-home construction began slowing again over during the summer.

Builders have been offering deals including no payments for a year and discounts of 10 percent to 20 percent on houses already built as they try to sell inventory.

Land Advisors CEO Greg Vogel believes homebuilding will increase in metro Phoenix this year because of the area’s population and job growth.

“We now have a population of more than 4.3 million and are creating more than 50,000 jobs this year,” he said.