Phoenix housing market is slow, but there are positive signs 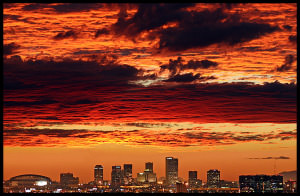 Phoenix housing market is slow, but there are positive signs

– The forecast from ARMLS’ pending-sales index is for the median sales price to fall to $191,000 at the end of October.

However, there are positive signs as well.

– Houses are selling a little faster. The number of days it took for a house to sell fell in September to 84 days from 88 days in August.

– Supply is falling with demand. The number of houses for sale dropped to 23,555 in September, compared with 24,220 in August.

What’s particularly interesting is the median price of houses listed for sale during September was $224,800 compared with a median price of $215,000 in August. Could it be that prices will tick up a bit in November?

“There were no surprises in September,” said real-estate analyst Tom Ruff of the Information Market, a division of ARMLS.

“Home prices are stable, and anticipated declines in October can be attributed to modest downward pricing pressure as well as seasonal patterns.”