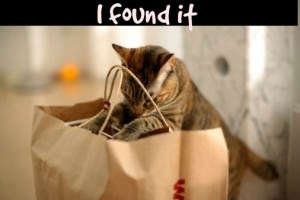 Market Summary for the Beginning of 2015
Are you curious what a market summary for 2015 will look like?  As time goes on we will see more and more predictions for the year.  This is an early swing at the year.
The average person will assume that November was a fairly normal month and that December was full of holidays. Not true. Instead there were only 17 working days in November and 22 in December. That is a 29% increase in the number of days in which title companies could close sales and county recorders could file deeds. As a result November’s numbers looked terrible at first sight while December’s looked amazingly good. But the primary reason sales were up 29% in December over November is that days to record sales were up 29%.
When we adjust for the differently sized months we still find there was some real improvement in the market for sellers. December’s sales were slightly stronger than expected, as we forecast in last month’s summary. But by far the biggest factor that changed was that supply fell much faster than normal during the month.
Whatever the cause, sellers have a few sound reasons to feel hopeful as we head towards the spring selling season which, like the warm weather, starts very early in Phoenix.
Here are the basic ARMLS numbers for January 1, 2015 relative to January 1, 2014 for all areas & types:

Pricing was surprisingly strong in December with the median up over 6% from the prior year and $/SF up over 3%. However these gains are very small compared with the previous 2 years. Much of the advance is due to continuing improvements in the mix in favor of higher priced homes. We must also remember that seller concessions do not get reflected in the prices recorded.
There was little to dislike in the December numbers and that fact that sales volume exceeded December 2013 by more than 11% is definitely encouraging. 2014 was a lackluster year with low supply and even lower demand and it looks like demand is starting to show a few mild signs of life. Even so, we are starting the year with a very low number of homes under contract by normal standards. The big question is what will happen to supply. If it arrives in bulk over the next 3 months then buyers will retain the advantage they enjoyed during 2014. If, as seems more likely based on what we saw in the last 4 weeks, supply grows relatively slowly, then sellers will regain their advantage and prices could start to see some upward pressure building again.
So early in the year it is too early to make the call on supply, but by the middle of January we should have some real data to indicate how the year is likely to develop.
Supply is already well below normal and if demand returned quickly to normal we could see a replay similar to conditions in 2012, except that ordinary owner-occupiers would be dominant instead of investors.