Housing market is booming for properties $2 million and up 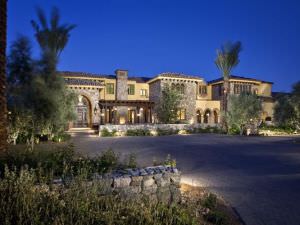 Housing market is booming for properties $2 million and up

Sales of houses priced above $2 million were up 63 percent in August compared with a year ago, according to the latest monthly report on the northeast Valley from Walt Danley Realty and real-estate analyst Mike Orr’s Cromford Report.

The increase in the sale of pricier homes has come as some well-known Valley residents have listed multimillion-dollar mansions for sale.

Last week, the price dropped from $10.79 million to $7.9 million on a 10,000-square-foot estate near the Camelback Golf Club. Personal-injury attorney Glen Lerner is selling the house he purchased for $2.7 million during the housing crash in 2010.

Bobby Romero of Realty ONE Group has the listing.

Prices for luxury homes vary greatly by size, acreage and location. The Danley/Cromford report uses a monthly moving average of square-foot costs to track luxury-home prices. The average sales price was $254 a square foot in August, up 19 percent from August 2011.

The average price per square foot of a metro Phoenix home sale in August was $124 a square foot, according to Arizona State University’s W.P. Carey School of Business.