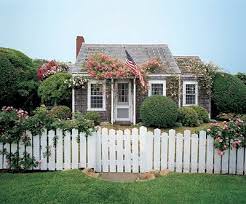 The recent housing crisis has prompted questions over whether home ownership is still a viable way toward greater wealth in this country. Confidence in home ownership was shaken, and many have had to turn to renting (the number of renters has increased nearly 25 percent since the housing crisis). The home ownership rate, in turn, has fallen from a peak of nearly 70 percent in 2004 to a two-decade low of 64.3 percent more recently.

Still, researchers continue to find evidence that home ownership contributes to individual wealth. One example: The Center for Responsible Lending of Federal Reserve Board’s Survey of Consumer Finances recently found that median net worth of home owners in 2013 was $195,400, while at the same time the median net worth for renters was only $5,400.

“Home ownership long has been central to Americans’ ability to amass wealth; even with the substantial decline in wealth after the housing bust, the net worth of home owners over time has significantly outpaced that of renters, who tend as a group to accumulate little if any wealth,” according to a recent editorial in The New York Times.

The forced savings involved in home ownership is one big way home owners gather more wealth than renters. Home ownership requires buyers to save for a down payment and then, as owners, continue to save by paying down a portion of their mortgage principal each month. Renters could invest an amount equal to a down payment plus any savings from renting but most do not, according to a study by researchers at Harvard University’s Joint Center for Housing Studies, which recently was published as a chapter in a new JCHS book, “Homeownership Built to Last.”

“Most obviously, owners can accrue substantial wealth through appreciation in home prices, as evidenced by the outsized gains realized among those who first became owners in the 2003 and 2005 … as home prices took off,” the researchers note. “But fluctuations in home prices are a two-edged sword and a significant share of these gains were subsequently lost when the bottom fell out of the market.”

As such, researchers point out that the other mechanism by which owning is associated with increases in wealth is through the large increase in savings that occur when households make the move to owning. For example, those who first bought between 2007 and 2009, despite the ailing housing market, posted gains in net worth of $18,000 – more than triple the amount they held before purchasing a home, researchers found.

“We find that while there is no doubt that home ownership entails real financial risks, there continues to be strong support for the association between owning a home and accumulating wealth,” researchers note. “This relationship held even during the tumultuous period from 1999 to 2009, under less than ideal conditions. Importantly, while home ownership is associated with somewhat lower gains in wealth among minorities and lower-income households, these gains are on average still positive and substantial.”