Buyers Priced out of the Market 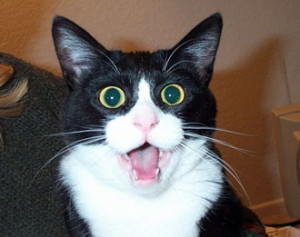 After easing throughout much of 2014, home prices across the U.S. are accelerating again.

Home price appreciation outpaced wage growth in 76 percent of the U.S. markets during the housing recovery, according to a new report released by RealtyTrac, which analyzed growth in average weekly wages compared to median home prices in 184 metro areas nationwide.

While several local housing markets are still nowhere near as expensive as they were during the housing boom, others are approaching so-called “froth” yet again. Prices in the nation’s top 20 housing markets were 4.6 percent higher in January than in January 2014, according to the latest reading from S&P/Case Shiller. That is a bigger annual gain than the markets saw in December, when price gains began to accelerate again.

“The combination of low interest rates and strong consumer confidence based on solid job growth, cheap oil and low inflation continue to support further increases in home prices,” said David Blitzer, managing director and chairman of the Index Committee for S&P Dow Jones Indices. “Despite price gains, the housing market faces some difficulties. Home prices are rising roughly twice as fast as wages, putting pressure on potential home buyers and heightening the risk that any uptick in interest rates could be a major setback.”

“Home prices in many housing markets across the country found a floor in 2012 and since then have rapidly appreciated, particularly in markets attracting institutional investors, international buyers or some other flavor of cash buyer not constrained by income as much as traditional buyers,” says Daren Blomquist, vice president at RealtyTrac. “Eventually, however, those traditional buyers will need to play a bigger role in the housing market for the recovery to maintain its momentum.”

The markets with the largest “disconnect” between price growth and wages during the last two years will mostly likely reach a plateau with home prices in 2015 as wages catch up, Blomquist notes.

Regardless of the rapid increase in home prices over the last two years, the majority of the housing markets tracked remain affordable, RealtyTrac notes. Of the 184 markets analyzed, 73 percent had a median home sales price that required less than 28 percent of a household’s median income to cover the monthly mortgage payments (28 percent is largely used as a threshold for measuring affordability).

Where Home Prices Outpaced Wage Growth by the Most

RealtyTrac found that the following metro areas had the highest ratio of price appreciation to wage growth:

Some local markets are once again going beyond sustainable prices and becoming overvalued. Las Vegas, Phoenix, Riverside, California, and Miami were all the poster children for the housing boom and bust in the last decade. Housing in these markets crashed dramatically, with properties losing more than half their value and homeowners losing a substantial chunk of their net worth.

So what does this mean will happen……home prices simply cannot keep rising faster than wages.  Soon there will be no buyers that can afford the homes…… what can happen?  Prices can drop.  Or people will stop buying.  Or wages can rise to keep up with rising home prices.  Or lending programs are needed that will give loans to allow buyers to push there financial limits.  That translates to riskier loans……isn’t that what brought on the crash?  YIKES! None of those options thrill me.  What do you think?