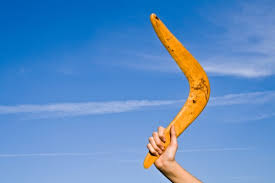 Many former homeowners could start buying again this year and give metro Phoenix’s housing market a much-needed boost.

A new report from national real estate research firm RealtyTrac says as many as 350,000 boomerang buyers could purchase metro Phoenix houses between now and 2022. That’s about how many Valley houses were foreclosed on or sold through short sales during the crash.

The boomerang home-buying trend actually started a few years ago in the Valley, but then stalled in 2014 with the rest of the housing market.

Some boomerangers, who went through short sales or handed their house keys over to the federal government’s mortgage giants Fannie Mae and Freddie Mac, didn’t have to wait seven years. The first wave of these buyers really started in late 2012, as little as three years after a foreclosure for some of them.

Lending guidelines are tougher now than a few years ago due to new federal guidelines. Some potential boomerang buyers may have built their credit scores back up to the 700 or higher needed now to qualify for the typical mortgage, but they don’t not have 10 to 20 percent of a house’s cost for a mortgage down payment.

Could it be that many potential boomerang buyers are still waiting for their savings accounts to come back, too?