Are We Obsessed with Big Homes? 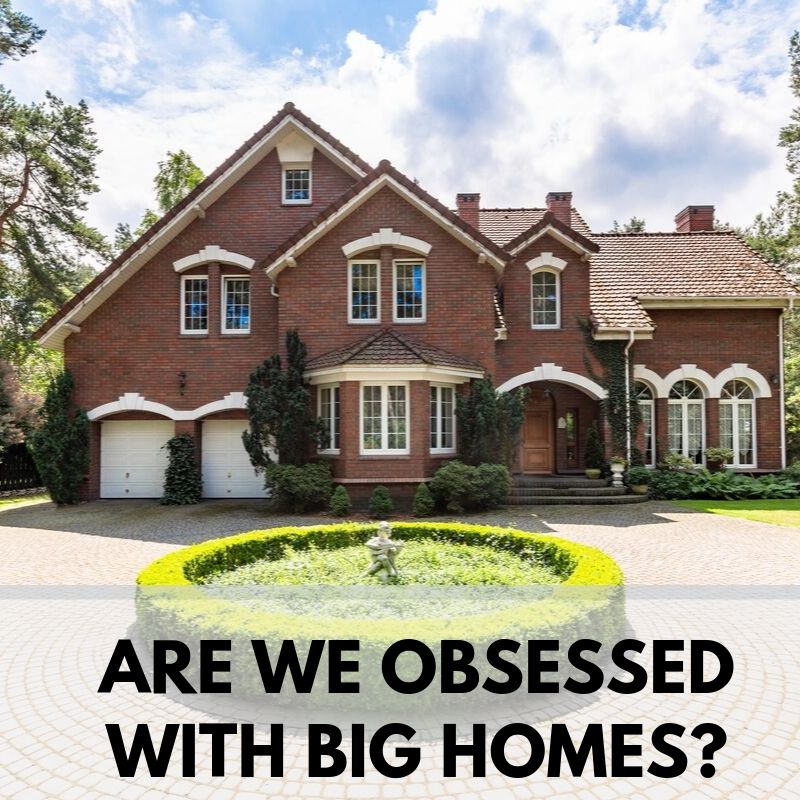 We Americans often think that bigger is better unless of course, you’re trying to lose weight. But were always looking for the next big thing, and sometimes we literally mean the size of it. Did you know that the United States is in the top tier of house sizes internationally? And it’s not just large mansions and estates, the typical average home in America is between 1600 and 1650 ft.². A recent research by Sonja A. Hirt, a professor of landscape architecture and planning at the University of Georgia, studied the average size of homes and dwellings for about two dozen countries and the United States came out on top. American living spaces had up to 800 ft.² more than most of the competition.

Australia, Canada, and New Zealand are very similar to the US and most new houses in these countries and hours exceed 2000 ft.². You might think it’s because we have more land, but that’s not necessarily the case. Because Russia is a big country as well but their average home size is typically less than 1000 ft.². Surprisingly, the dictates of government have steered Americans toward living in a detached single-family home than a typical multigenerational property as many families and other countries do. Americans really are a nation of homeowners and it doesn’t necessarily mean we have to own larger homes, but we did invent the phrase “keeping up with the Joneses”.

“Over the course of the 20th century, government policy, the invention of cheaper, mass-produced building materials, marketing by homebuilders, and a shift in how people regarded their houses, not just as homes, but as financial assets, encouraged even larger houses”. [Source]

One big difference between Europe and America is our suburban expansion. Moving to the countryside and in suburban neighborhoods coincided with the uptake of the automobile and the development of a more connected network of highways. Being able to drive to work and into the city meant cheaper land outside of the city and more space for bigger houses.

Americans definitely have a fascination with “newness” whereas Europeans tend to be more consistent in recycling their buildings. Does that mean we cannot be content with what we have? Not necessarily. But people tend to think of space as part of the American culture. The richer a country is, the more space people can buy for themselves. The median size of the newly built home in America has arisen as the average number of people per household has declined. In the 1970s, American started to view their homes as assets the could appreciate so the bigger the house, the more expensive and the more money you can get from the bank on a refinance or cash out. One thing definitely leads to another.

But regardless of a big house or a small house… There’s something for everyone in the Mesa real estate market. Call me today for more information or begin your online search here!