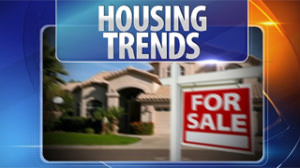 The Chrystal balls are coming out. There are tons of 2015 real estate predictions.  Most folks say 2015 will be better that 2014 but not an amazing year.  However that all depends on who you are and what you want. Most folks want to see growth….prices rising.  If you are a first time home buyer, well that is not what you want. You want to get a great house at  low price. When folks say they want to see real estate growth….they are either sellers or people studying the growth of the economy in general.  And growth of the economy in general means real estate growth.  When houses sell, so does furniture, paint, TV’s, sod, appliances….everything that a new home owner puts in a house.  When all that sells in the stores…well it means more work in factories…this all means jobs and jobs drive the economy.

Metro Phoenix’s housing market ended 2014 on a low note with both home sales and prices down. Homeowners, potential buyers shopping for a house and investors are all curious — even anxious — about what could happen this year.

The big issues to watch in the Valley are job and population growth, whether the federal plan to lower mortgage premiums spurs more first-time buyers and what big investors with thousands of rental houses do. All imprtant things to watch.

Nationally, whether interest rates climb, the success of new low-down payment loan programs started by federal Fannie Mae and Freddie Mac and any national finance reform for the mortgage market are keys to pay attention to.

None of the real estate experts I polled are overly optimistic, but all agree 2015 should be better for Phoenix’s housing market than last year.

•“Unfortunately, 2015 won’t be the breakout year we’ve been waiting for,” said Tom Ruff, real estate analyst for the Arizona Regional Multiple Listing Service and The Information Market. “But I do anticipate higher sales volume than 2014. Prices will remain stable with only modest increases.”

•“I think 2015 is likely to be similar to 2014 but with a little more sales volume. Not much price movement expected,” predicted Mike Orr, director of the Center for Real Estate Theory and Practice at Arizona State University’s W. P. Carey School of Business. “Demand from Millennials is the big question in my mind. Will they start buying home in greater numbers and when will this wave start?”

Whether more Millennials, particularly those with heavy student-debt loads, will buy instead of rent during the next few years is a billion-dollar question for the housing market.

He said the area’s housing market disappointed many in 2014, but the region is still outperforming many other parts of the country.

Many housing advocates would like to see the FHA raise its loan limits in metro Phoenix. The federal agency lowered them from $346,250 to $271,050 in 2013, a move real-estate agents and home builders say have led to fewer first-time buyers in the Valley.