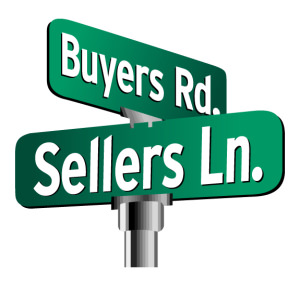 Housing starts (The number of new residential construction projects that have begun during any particular month) ended 2014 down 15 percent across Phoenix while new home sales were off 10 percent and existing sales fell 8 percent as the local residential market slogs into 2015.

New home building and sales across metro Phoenix picked up in December, but not enough to put the market ahead of 2013’s pace.

Last month, new home sales jumped 25 percent to 1,006, according to RL Brown Reports. Could that be because they were offering deep discounts?  During December the number of building permits issued for houses shot up 60 percent to 977.

It’s not clear yet whether December’s surge for new homes is the start of a trend or the result of builders offering deals to sell houses before year end.

The region’s new home market has slowed for the past three years, pushing back a long-awaited recovery.

A record gap between new and existing home prices is partly to blame for fewer new home sales, say housing analysts. The median price of a new house was $305,000 in December, according to Brown. The median resale home price is about $210,000.

RL Brown Housing Reports says 2014 fell short in terms of volume. The regional housing market is challenged by demand stunted by slow population growth, tougher mortgage standards and plenty of borrowers preferring to be or stuck in rentals because of poor credit and past foreclosures.

Rents dip in Phoenix even as more units hit market

The average price of an existing home was $247,825, up 1 percent. But there are plenty of real estate analysts and agents who note the overall price gains are spurred more by some high-end home sales than price gains across segments.

Another local real estate expert, Jim Belfiore at Belfiore Real Estate Consulting, also expects some housing challenges to persist in at least the first half of this year. Belfiore notes the slip in demand challenges and can create oversupply issues for home builders.

Belfiore does note home builders are seeing some indications that demand could improve this year.

That could be especially true with new subdivisions geared toward seniors in so-called “active adult communities.”