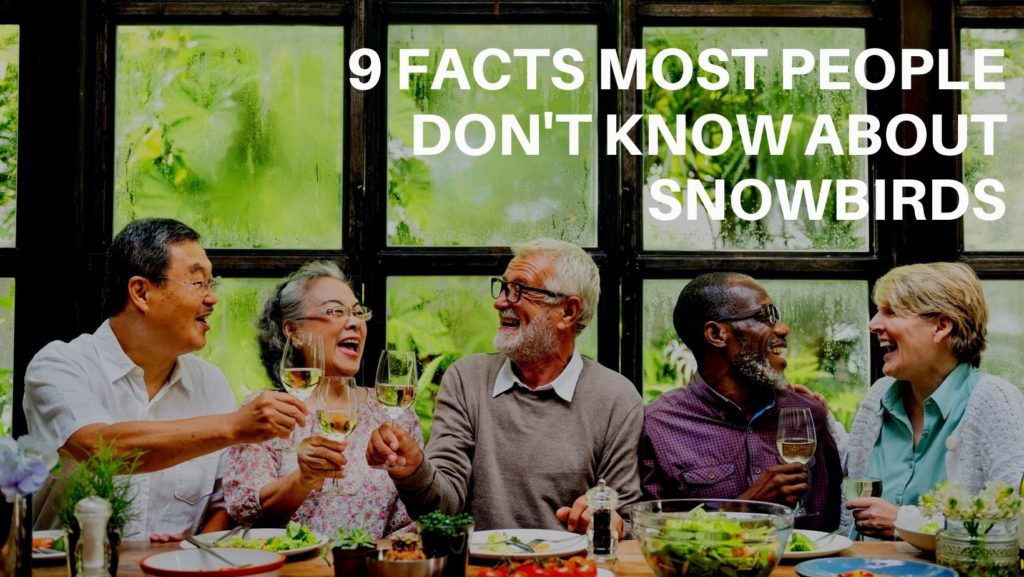 Snowbirds seem to live the dream lifestyle where they migrate to warmer weather during the winter. Most of them to dreamy destinations. Seems that snowbirds have unlocked a path to a life of bliss uninhibited by cold temperatures,

Where the term Snowbird came from

When it comes to the animal world, the nickname snowbird is used for the dark-eyed Junco bird. In the human world, the term snowbird is used to describe a group of people that seasonally migrate between two places to take advantage of warmer weather.

For some people of younger populations, the term snowbird feels like it has a negative aspect to it. As more and more people adopt to the winter migration type of lifestyle and the demographic of these migrators becomes younger, more people that adopt this lifestyle prefer to be noted as winter visitors.

The Nickname Snowbird Has Been Used for 99 Years

Most International Snowbirds Come from Canada

There is a significant percentage of snowbirds that come to America from other countries around the world. About 10% of snowbirds live in a permanent location outside of the country. Four out of five of that 10% come from Canada.

The Canadian Snowbird Association is a nonprofit group that is made up of around 80,000 members most of whom are age 65 and older. They work to uphold the rights of Canadian travelers both at home and abroad while temporarily living in other locations during cold months.

With time, after adopting the Snowbird lifestyle, many people will spend more of their time in their southern living environment and it will become their permanent residence while they travel to the north for just a few months out of the year. This means they have now become sunbirds.

Between the months of April to October, many savvy snowbirds use their second home as a vacation rental. This helps the second home pay for itself. It is a great way to help offset the cost of living in two destinations during the year.

John D Rockefeller was One of the First Snowbirds

John D Rockefeller spent his winters in Ormond Beach Florida beginning in 1914. Some say he was one of the very first influencers to start the popular lifestyle.

Many Snowbirds Tend to Enjoy a Healthier Lifestyle

A study conducted about snowbirds showed that more than 63% of snowbirds rated their health as very good or excellent. This same demographic who stayed in one place the entire year reported themselves as having less than desirable Health.

The report essentially showed that those who live their dream lifestyle by migrating from one favorite destination to another and staying active socially involved and happy in warm communities were overall happier and healthier.

Search all 55+ Communities in Mesa

More Tips for Those Looking for 55+ Communities